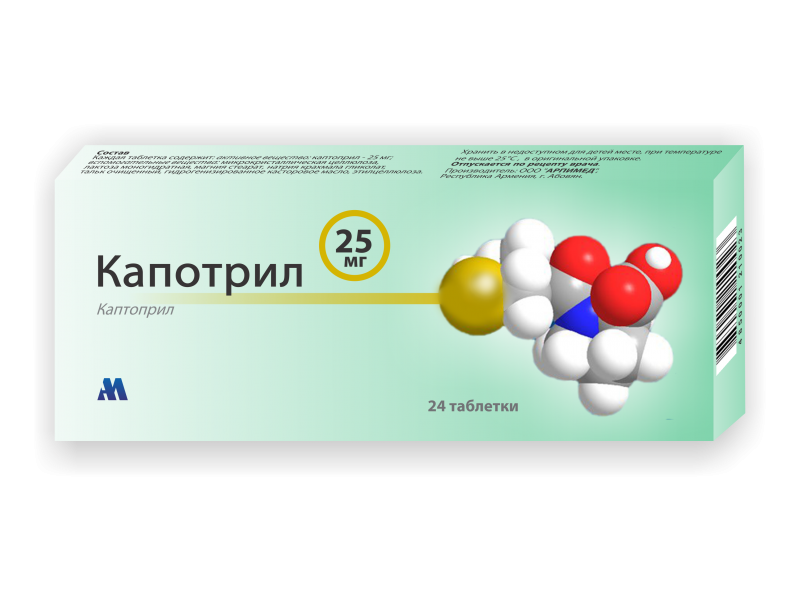 ACE inhibitors are antihypertensive drugs that act as vasodilators and reduce peripheral resistance. They inhibit angiotensin-converting enzyme (ACE), which is involved in the conversion of angiotensin I to angiotensin II. Angiotensin II stimulates the synthesis and secretion of aldosterone and raises blood pressure via a potent direct vasoconstrictor effect. ACE is identical to bradykininase (kininase II) and ACE inhibitors may reduce the degratation of bradykinin. They may also affect enzymes involved in the generation of prostaglandins. The pharmacological actions of ACE inhibitors are thought to be primarily due to the inhibition of the renin-angiotensin-aldosterone system, but since they also effectively reduce blood pressure in patients with low renin concentrations other mechanisms are probably also involved. ACE inhibitors produce a reduction in both preload and after load in patients with heart failure. They also reduce left ventricular remodeling, a process that sometimes follows myocardial infarction. Normally, renal blood flow is increased without a change in glomerular filtration rate. ACE inhibitors also reduce proteinuria associated with glomerular kidney disease.

Following oral administration Capotril produces a maximum effect within 1 to 2 hours, although the full effect may not develop for several weeks during chronic dosing. The duration of action is dose-dependent and may persist for 6 to 12 hours.

About 60 to 75% of a dose of Capotril is absorbed from the gastrointestinal tract and peak plasma concentrations are achieved within about an hour. The bioavailaility and peak plasma concentrations have been shown to be reduced by 25 to 55% on administration with food. However, this may not be clinically significant since several studies indicated that food intake had no effect on the antihypertensive activity of captopril. Capotril is about 30% bound to plasma proteins. It crosses the placenta and is found in breast milk at about 1% of maternal blood concentrations. It is largely excreted in the urine, 40 to 50% as unchanged drug, the rest as disulfide and other metabolites. The elimination half-life has been reported to be 2 to 3 hours but this is increased in renal impairment. Capotril is removed by haemodialysis.

Uses and administration
Capotril is used in the management of hypertension, in heart failure, following myocardial infarction, and in diabetic nephropathy.

In the treatment of hypertension the initial dose is 12.5 mg twice daily by mouth, increased gradually at intervals of 2 to 4 weeks according to the response. The usual maintenance dose is 25 to 50 mg twice daily and should not normally exceed 50 mg three times daily. If hypertension is not satisfactory controlled at this dosage, addition of a second drug or substitution of an alternative drug should be considered. In the USA higher doses of up to 150 mg three times daily have been suggested for patients with hypertension uncontrolled by lower doses of Capotril in conjunction with diuretic therapy. Since there may be a precipitous fall in blood pressure in some patientswhen starting therapy with an ACE inhibitor, the first dose should preferably be given at bedtime and if diuretics are already being taken they should be stopped, if possible, for a few days before introducing Capotril. An initial dose of 6.25 mg twice daily is recommended if Capotril is given in addition to a diuretic or to elderly patients.

In the treatment of heart failure severe first-dose hypotension on introduction of an ACE inhibitor is common in patients on loop diuretics, but their temporary withdrawal may cause rebound pulmonary oedema. Thus an initial dose of 6.25 to 12.5 mg of Capotril is given by mouth under close medical supervision; the usual maintenance dose is 25 mg two or three times daily, and doses should not normally exceed 50 mg three times daily. Again, in the USA higher doses of up to 150 mg three times daily have been suggested.

Following myocardial infarction, Capotril is used prophylactically in clinically stable patients with symptomatic or asymptomatic left ventricular dysfunction to improve survival, delay the onset of symptomatic heart failure, and reduce recurrent infarction. It may be started 3 days after myocardial infarction in an initial dose of 6.25 mg by mouth, increased over several weeks to 150 mg daily in divided doses if tolerated.

In diabetic nephropathy (microalbuminuria greater than 30 mg per day) in type 1 diabetics, 75 to 100 mg of Capotril may be given daily, in divided doses, by mouth.

Other antihypertensives may be used with Capotril if a further reduction in blood pressure is required.

In patients with severe renal impairment (creatinine clearance less than 30 ml per minute) the initial dose of Capotril should be 12.5 mg twice daily and if a diuretic also needs to be given a loop diuretic should be chosen rather than thiazide.

Capotril has been reported to produce harmful effects in animal fetuses following large maternal doses and should not be used during pregnancy.

Symptoms of overdosage are severe hypotension, shock, stupor, bradycardia, electrolyte disturbances and renal failure. Measures to prevent absorption (e.g. gastric lavage, administration of adsorbents and sodium sulphate within 30 minutes after intake) and hasten elimination should be applied if ingestion is recent. If hypotension occurs, the patient should be placed in the shock position and salt and volume supplementations should be given rapidly. Treatment with angiotensin-II should be considered. Bradycardia or extensive vagal reactions should be treated by administering atropine. The use of a pacemaker may be considered. Captopril may be removed from circulation by haemodialysis.

Epidemiological evidence regarding the risk of teratogenicity following exposure to ACE inhibitors during the first trimester of pregnancy has not been conclusive; however a small increase in risk cannot be excluded. Unless continued ACE inhibitor therapy is considered essential, patients planning pregnancy should be changed to alternative antihypertensive treatments which have an established safety profile for use in pregnancy. When pregnancy is diagnosed, treatment with ACE inhibitors should be stopped immediately, and, if appropriate, alternative therapy should be started. Exposure to ACE inhibitor therapy during the second and third trimesters is known to induce human feototoxicity (decreased renal function, oligohydramnios, skull ossification retardation) and neonatal toxicity (renal failure, hypotension, hyperkalaemia). Should exposure to ACE inhibitors have occurred from the second trimester of pregnancy, ultrasound check of renal function and skull is recommended. Infants whose mothers have taken ACE inhibitors should be closely observed for hypotension.

Breast feeding: Limited pharmacokinetic data demonstrate very low concentrations in breast milk. Although these concentrations seem to be clinically irrelevant, the use of Capotril in breastfeeding is not recommended for preterm infants and for the first few weeks after delivery, because of the hypothetical risk of cardiovascular and renal effects and because there is not enough clinical experience. In the case of an older infant, the use of Capotril in a breast-feeding mother may be considered if this treatment is necessary for the mother and the child is observed for any adverse effect.

Excessive hypotension may occur when Capotril is used concurrently with diuretics, other antihypertensives, ot other agnets, including alcohol, that lower blood pressure. An additive hyperkalaemic effect is possible in patients receiving Capotril with potassium-sparing diuretics, potassium supplements (including potassium-containing salt substitutes), or other drugs that can cause hyperkalaemia (such as ciclosporin or indometacin) and serum-potassium concentrations should be monitored. Potassium-sparing diuretics and potassium supplements should generally be stopped before initiating Capotril in patients with heart failure. However, Capotril therapy does not obviate the possible need for potassium supplementation in patients receiving potassium-wasting diuretics and potassium concentrations should also be monitored in these patients.

The adverse effects of Capotril on the kidneys may be potentiated by other drugs, such as NSAIDs, that can affect renal function.

1 blister packet with 24 tablets in the cardboard box.