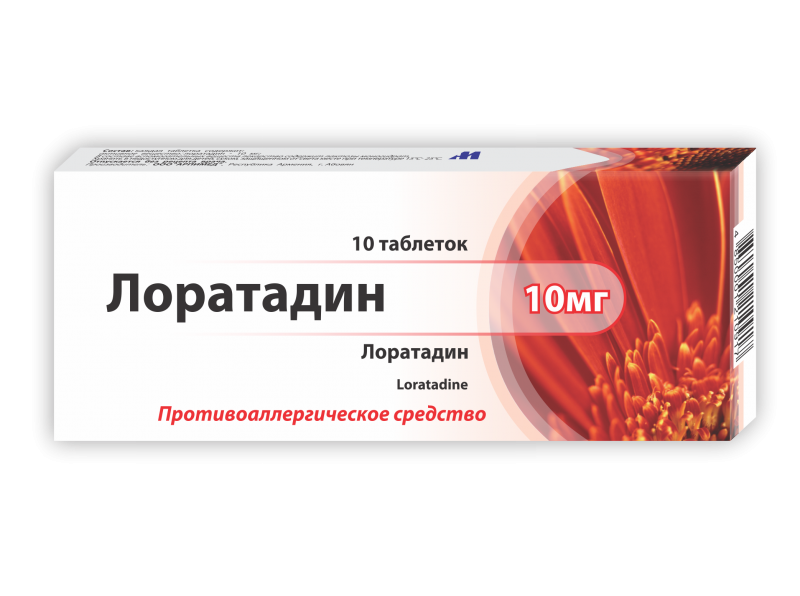 Pharmacological group and ATC code
Non-sedating antihistamines; R06AX13.
Chemical name and CAS number
Ethyl 4-(8-chloro-5,6-dihydro-11H-benzo[5,6]cyclohepta[1,2-b]pyridin-11-ylidene)piperidine-1-carboxylate; 79794-75-5.
Pharmacology
Loratadine, a piperidine derivative related to azatadine, is a long-acting, non-sedating antihistamine with no significant antimuscarinic activity.
Pharmacokinetics
Loratadine is rapidly absorbed from the gastrointestinal tract after oral administration, peak plasma concentrations being attained in about 1 hour. Bioavailability is increased and time to peak plasma concentrations is delayed when taken with food. Loratadine undergoes extensive metabolism. The major metabolite, desloratadine, has potent antihistaminic activity. Reported mean elimination half-lives for loratadine and desloratadine are 8.4 and 28 hours, respectively. Loratadine is about 98% bound to plasma proteins; desloratadine is less extensively bound. Loratadine and its metabolites have been detected in breast milk, but do not appear to cross the blood-brain barrier to a significant extent. Most of a dose is excreted equally in the urine and faeces, mainly in the form of metabolites. The disposition of loratadine does not appear to be significantly altered in patients with severe renal impairment and haemodialysis does not appear to be an effective means of removing loratadine or its metabolite desloratadine from the body.
Uses and administration
Loratadine is used for the symptomatic relief of allergic conditions including rhinitis and chronic urticaria. Loratadine is given by mouth in a dose of 10 mg once daily. Children aged 2 to 5 years may be given 5 mg once daily and those aged 6 to 12 years may be given 10 mg once daily for seasonal allergic rhinitis and chronic idiopathic urticaria. Administration in hepatic or renal impairment.Рatients with hepatic failure or mild renal insufficiency should be given loratadine 10 mg on alternate days initially.
Adverse effects
A major advantage of the non-sedating antihistamines is that they generally cause little or no drowsiness. Non-sedating antihistamine have no antimuscarinic effect.
Digestive system: rarely – dry mouth, nausea, vomiting, abdominal pain, gastritis, and in some cases – liver function abnormalities.
Allergic reactions: very rarely – Antihistamines may sometimes cause rashes and hypersensitivity reactions (including bronchospasm, angioedema, and anaphylaxis) urticaria, pruritus, fever, chills and cross-sensitivity to related drugs may occur.
Hematopoietic system: very rarely – agranulocytosis, leukopenia, hemolytic anemia, and thrombocytopenia.
CNS: rarely – undue fatiguability, headache, convulsions, paraesthesia, tremor, insomnia, and depression.
Cardiovascular system: rarely – heart rate, arrhythmias, lowering blood pressure. Other adverse effects that have been reported in some cases with the antihistamines include convulsions, sweating, alopecia, myalgia, tinnitus, loss of hair, paraesthesias, extrapyramidal effects, tremor, sleep disturbances, depression, confusion, hypotension. Despite reports suggesting a possibility of human fetal abnormalities resulting from the use of some antihistamines, especially the piperazine derivatives, a causal relationship has largely been rejected. Some antihistamines have been abused for their mental effects.
Contraindications
Precautions
In the case of non-sedating antihistamines, although drowsiness is rare, it can occur and may affect the performance of skilled tasks. Antimuscarinic side-effects are not a significant problem with the non-sedating antihistamines. Occasional reports of convulsions in patients taking antihistamines suggest a need for caution in patients with epilepsy. Many antihistamines are excreted in the urine in the form of active metabolites so that dosage reduction may be necessary in renal impairment. Patients with rare hereditary problems of galactose intolerance, the Lapp lactose deficiency or glucose-galactose malabsorption should not take this medicine. Elderly patients are also more susceptible to many of the adverse effects of antihistamines and, in particular, their inappropriate use for postural giddiness should be avoided. The administration of loratadin tablets should be discontinued at least 48 hours before skin tests since antihistamines may prevent or reduce otherwise positive reactions to dermal reactivity index.
Overdosage
Symptoms: When taking the preparation at doses much higher than recommended, drowsiness, tachycardia, and headache may be marked.
Treatment: gastric lavage, induction of vomiting, the appointment of activated charcoal, laxatives. Symptomatic treatment is being done in case if it is necessary. Loratadine is not being removed from the body by hemodialysis, peritoneal dialysis is not effective.
Pregnancy and breastfeeding
Loratadine should not be used in breast-feeding mothers. It is not recommend the use of loratadine in pregnancy.
Drug interactions
Sedative interactions apply to a lesser extent with the non-sedating antihistamines; they do not appear to potentiate the effects of alcohol, but it should be avoided in excess. Antihistamines may suppress the cutaneous histamine response to allergen extracts and should be stopped several days before skin testing. Loratadine is metabolised by cytochrome P450 isoenzymes CYP3A4 and CYP2D6. Therefore use with other drugs that inhibit or are metabolised by these hepatic enzymes may result in changes in plasma concentrations of either drug and, possibly, adverse effects. Drugs known to inhibit one or other of these enzymes include cimetidine, erythromycin, ketoconazole, quinidine, fluconazole, and fluoxetine.
Identification
White scored cylindrical tablets, the end surface of which are flat.
Presentation
1 blister packet with 10 tablets in the cardboard box.
Expiry date
3 years. Do not use after the expiration date.
Prescription status
To be dispensed without prescription.
Storage conditions
Store at a room temperature (15-250C), in a dry place, out of the reach of children. Protect from light.